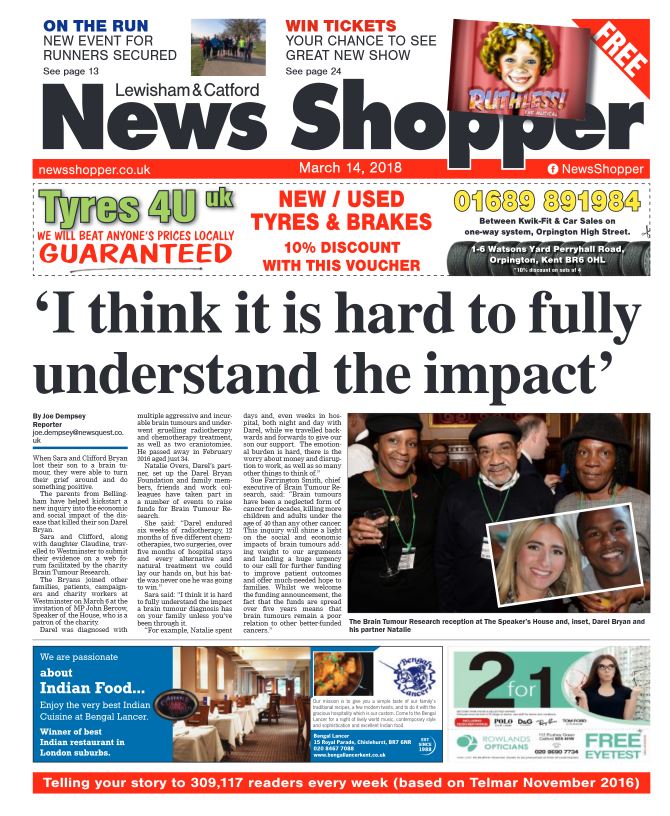 I’d like to start this blog with a caveat. I don’t want to give individual local journalists a hard time. Most are highly competent, talented, bright, rounded, curious human beings. Given a bit of space and time, they would do great work. Many, in spite of all the obstacles and constraints, still manage to produce brilliant articles, compelling investigations and great features.

I suspect this would be true of the few people who still report at the News Shopper, the main newspaper serving our area, distributed (if that’s the right description for the ever-smaller pile plonked in Lewisham Shopping Centre Sainsbury’s) every Wednesday.

But I picked up a copy of the Lewisham and Catford edition of News Shopper today, and something had to be said. After all, this remains the main printed source of news serving our local community (beyond the council-produced quarterly Lewisham Life).

Here’s an abridged run-through of the paper, starting with the cover wrap, as it’s known in the trade: an advert wrapping itself around the main paper that’s sold (in theory) at a premium. Some traditionalists don’t like cover wraps but I think they are fair game these days. In these straitened times, newspapers have got to (at least try to) make ends meet. END_OF_DOCUMENT_TOKEN_TO_BE_REPLACED

After years of neglect by publishers, a new Lewisham community newspaper is scheduled to launch in spring next year.

The void in news coverage in the borough was one of the main reasons for setting up Lewisham Lately – although with an average of about two posts a month, and scant research and writing time, it has made limited difference.

The Lewisham Ledger, as it will be known, should do much more. A sister paper to The Peckham Peculiar and The Dulwich Diverter (Lewisham Lately likes their line in alliteration), it will be out every two months.

It’s worth checking those out (see back issues of the Peckham Peculiar here, and The Dulwich Diverter archive here). The writing is very good and there’s a broad range of subjects tackled: the latest issue of The Peckham Peculiar has articles on youth homelessness, the long-running battle over development at Dulwich Hamlets football club, the visit of the world champion boxer Jack Johnson to Peckham in the 1900s, as well as several profiles of local entrepreneurs, artists, restaurateurs and publicans.

Most notably, perhaps, its production values and photography are first class. I find it genuinely exciting to think of the many untold tales in Lewisham getting the same treatment.

Lewisham Council can expect another thorn in its side too, if yesterday’s social media posts are anything to go by. And that’s got to be a good thing for a council that has had very little media scrutiny (excepting the whole sorry Millwall/ New Bermondsey development saga) in recent years.

Will it be enough? Almost certainly not. Six issues a year is not much, although the team behind it are very active on social media.

But it’s extremely welcome and needed and we wish it all the best. Speaking of which, its founders will be seeking £5,000 Kickstarter funding for the first two issues.

Chip in if you can: this is a genuinely positive thing for the borough.

It was the barnstorming moment talked about after the hubbub of Prime Minister’s Questions had died down yesterday.

Theresa May seems to spend a lot of time on the back foot the back foot these days and yesterday it was the Lewisham East MP who put her most on the defensive. Alexander accused the Prime Minister of “ramping up the no-deal rhetoric” over Brexit because she was “afraid of the most right-wing, rabid elements” in the Conservative Party.

“Do the British people not deserve better than a Prime Minister simply running scared?” the MP for Lewisham East asked.

The Prime Minister looked rattled and fumbled her dispatch papers while rising to respond (watch the whole exchange below).

It was enough for some of the lobby hacks to comment on the strength of Alexander’s chances of leading the Labour party.

“Said it before and I’ll say it again, Heidi Alexander would make a brilliant Labour leader,” said the Telegraph’s senior political correspondent, Kate McCann. The Sun’s political editor also agreed. “I’m not sure our support will be particularly helpful …”, McCann added shortly afterwards, in a wry acknowledgement of The Sun and Telegraph’s political leanings.

Alexander’s impressive performance may have prompted the remarks, but it’s not the first time they have been aired. The veteran Labour MP Frank Field mentioned it last year. “I give Heidi a head start in possessing the abilities needed [for leader],” he wrote. “I also think it shameful that Labour has yet to have a permanent, full-time woman leader while the Conservatives can boast of two female Prime Ministers.”

Another political correspondent cited a former Labour front-bencher saying “Heidi Alexander would make an excellent party leader. She has great warmth, charm and huge integrity”. Back in March, the editor of Labour Uncut, cited her as one of the frontrunners for leadership.

“Only Heidi Alexander could be reasonably confident of making the ballot even if rivals were busy hoovering up nominations.”

“Her personal standing within the PLP [Parliamentary Labour Party] and soft left political positioning make her an archetypal unity candidate.”

This was, of course, before the Conservative Party’s disastrous showing in the June 8 election boosted the morale and standing of the current leader Jeremy Corbyn.

And that’s a quarter where Alexander – who has never publicly expressed leadership ambitions – is unlikely to find much backing. Supporters of Corbyn, whom Alexander served as shadow health secretary, are unlikely to forgive or forget her blunt resignation in June 2015.

It is with a heavy heart that I have this morning resigned from the Shadow Cabinet. pic.twitter.com/amBRk30RtR

So that leadership may not be up for grabs for a while. But Alexander, a vociferous opponent of Brexit who has been re-elected twice to Lewisham East with a commanding majority, looks likely to be at least in the running when it does.

The speeding politician of Lewisham North 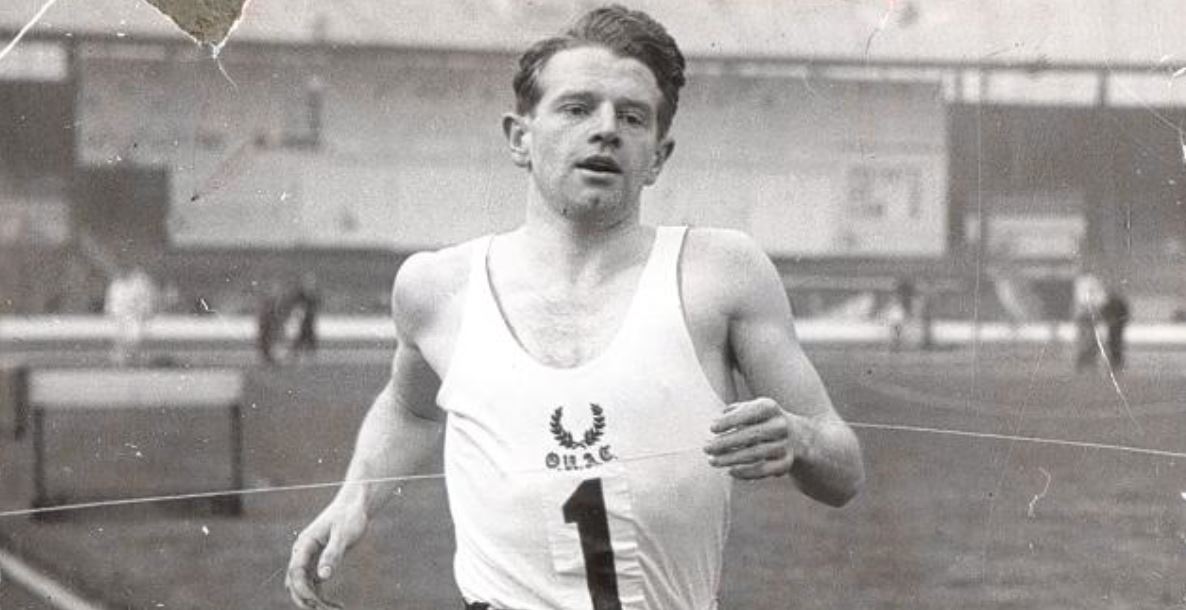 As an athletics fan, I have stumbled upon two nuggets of local track-related trivia in recent weeks – one contemporary and another from the archives.

Firstly, there was a Lewisham link in one of the brilliant relay teams in this summer’s World Athletics Championships. Daryll Neita, who went to school at Prendergast Hilly Fields, ran the anchor leg of the woman’s 4×100, bringing the team home for a silver medal (hat tip Transpontine, a cultural treasure trove of a blog).

As an aside, here is (yet another) sad reflection of our hollowed out local press: the News Shopper had been following Daryll’s progress since she was 13 years old, when she ran in the London Youth Games (and was pipped in the 100m by Dina Asher-Smith, a fellow south east Londoner and future relay colleague). END_OF_DOCUMENT_TOKEN_TO_BE_REPLACED

The icy January conditions cut short our plans to go wading in the mighty Quaggy from Manor Park with Lee Green Forum on Saturday.

But a glorious winter’s day still had much to offer. In the bracing conditions, we warmed our cockles with a cup of hot chocolate from Fred and Banu, the couple behind the Arts Cafe who have done so much to rejuvenate the park over the past two years.

In the space next door to the cafe, a five-piece swing band called the Pimentos shortly began to play – and what a great interlude to the day. END_OF_DOCUMENT_TOKEN_TO_BE_REPLACED