Cynics may question his salary – but his track record is impressive 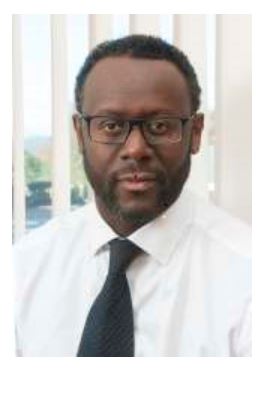 Lewisham Council has just announced Ian Thomas as its new chief executive. Subject to approval by the full council later this month, he will replace Barry Quirk, who moved to Kensington and Chelsea Council to help in the wake of the Grenfell tower disaster.

The chief executive role in Lewisham is now back to being a full-time post, commanding a salary of between £185,000-£195,000 (see council document here). Dr Quirk had reduced his working pattern to a three-day week in 2011 as part of the council’s austerity measures and taken a cut in salary to just over £115,000 per year.So will Mr Thomas be worth the extra cost? Cynics (like me) will immediately want to say no – especially at a time when the council faces a huge overspend in its budget – but a quick scan over his track record shows a deeply impressive CV. He moves to Lewisham Council from his post as Director of Children’s Services at Rotherham, a role that he described as “the most difficult job in Britain” just before he began in 2014.

He was assigned the hugely challenging task of changing the culture of the South Yorkshire town’s children’s services following the sexual abuse scandal exposed by Andrew Norfolk in The Times newspaper. In a highly critical report carried out by Professor Alexis Jay, at least 1,400 children in the town were found to have been sexually exploited between 1997 and 2003, with the council and local police force accused of “blatant” “collective failures”.

Read a Guardian profile here (from 2014). There is also more information on the Lewisham Council web site here.

I'm Jolyon and I started Lewisham Lately after fretting about the lack of news coverage for the borough. I have lived in south-east London for the majority of my adult life, including Camberwell, Peckham followed by the leafier realms of Hither Green from 2009. Now on the fringe of Lee Green and Lewisham Central. Feedback, story ideas, corrections, disagreements are all more than welcome. Please do keep it civil, though - the world's an angry enough place as it is. View all posts by lewishamlately

Standing up for Bellingham by being on your side in Lewisham

The language of leaves