A fancy new restaurant called Sparrow has landed in Lewisham. Could it be the shape of things to come? 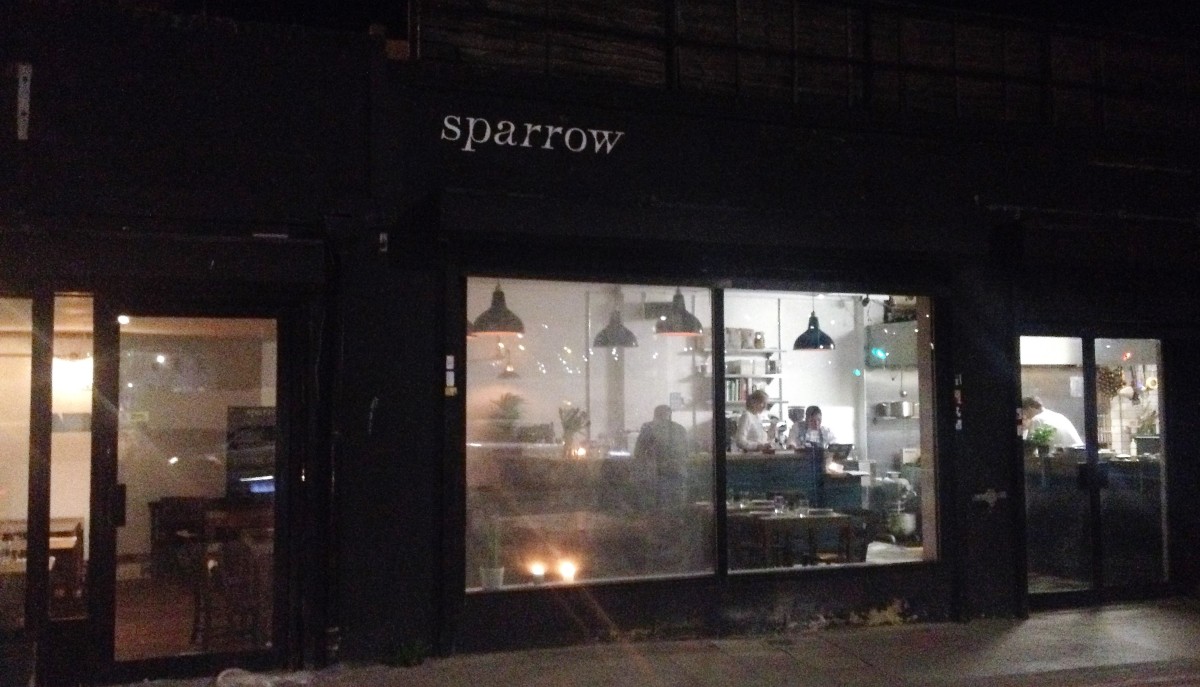 The words “fancy restaurant” and “Lewisham” don’t usually spend much time together.

Could this month’s arrival of Sparrow change that? It’s the first restaurant venture of husband and wife team Terry Blake and Yohini Nandakumar, a culinary duo who met while working in the Michelin-starred kitchen of St John in Smithfield (“a glorious celebration of British fare and a champion of ‘nose to tail’ eating”, according to the Michelin guide).

Sparrow lands officially in central Lewisham today (March 28), where there hasn’t been as much excitement for a new opening since the Model Market offered refuge from the long, hot summer of 2014.

It had its soft launch last week when Mrs Lewisham Lately and I managed to bag a table. Tucked just off the high street on the fringe of “old” Lewisham, the restaurant looks out over the “new”: the soaring towers and cranes of the Lewisham Gateway and the four-lane traffic that surrounds it. END_OF_DOCUMENT_TOKEN_TO_BE_REPLACED

The Lewisham Conservative party has announced its candidate for the borough’s Mayoral elections next year.

Ross Archer, the chairman of the Deptford Conservatives, will be among those  standing in May 2018.

Delighted to have been selected as the Conservative #Lewisham Mayoral Candidate. Thanks to everyone who supported me. Fight back starts now

Archer has been highly critical of the Lewisham/ Renewal/ New Bermondsey deal, and is also campaigning for better allocation of funds for schools and primary school places (although his pronouncements so far have notably glossed over the chronic problems with some of our secondary schools).

Here is his bio:

Ross has been Chairman of Lewisham Deptford Conservatives since March 2016 having previously been Chairman of Lewisham West & Penge Conservatives between 2012 and 2013. Ross has twice stood for election in Lewisham contesting Sydenham ward in 2010 and Grove Park ward in 2014. Ross has lived in Lewisham most of his life and has been a school governor in the borough. He works for a not for profit organisation in London and has previously worked in the Housing and Transport sectors.

END_OF_DOCUMENT_TOKEN_TO_BE_REPLACED

There have been a few developments since this blog’s first post on Lewisham’s chronically troubled secondary schools earlier this month.

Firstly, parents with children are due to start their secondary education in September found out their school allocation. Many did not get what they wanted (42.2 per cent to be precise). Some were distraught.

Then last weekend, a new network for parents of the borough had its first meeting. Speakers included Heidi Alexander, MP, and Nicky Dixon, a member of the Campaign for State Education for South-East London. Nicky is a parent of a pupil at Sedgehill School, a local secondary rated “inadequate” by Ofsted and subsequently forced to become an academy – yet still waiting for a sponsor.

Nicky reports on the meeting as below:

There was lots of interest in creating a Working Group and working together to support each other, the schools and create a much needed parent education voice within Lewisham.

Parents have lost consultation rights by the Education & Adoption Act for schools rated Inadequate, Causing Concern or Coasting, and Lewisham does not consider parents as part of the Education equation (we are not involved in the Secondary Challenge, were not invited to share our views on Transition (transitioning between primary and secondary)).
This is the start of a new journey for Lewisham parents, and we need to spread the word to create a truly borough-wide parent network.

Nicky also encouraged people to sign the Fair Funding for All Schools Petition and  use its guidance to complete the National Funding Formula Consultation, which closes on March 22.

Meanwhile, in the House of Commons this week Heidi Alexander also mentioned Sedgehill and used education as her weapon of choice to attack the Government’s recent budget, calling its policy an “aspirational mirage”.  See the extended extracts below: END_OF_DOCUMENT_TOKEN_TO_BE_REPLACED

Primary education in Lewisham is outstanding. It’s a very different story for our secondary schools

As noted elsewhere on this blog, the borough of Lewisham is abysmally served by the press. In a region of London with so much to report upon, both good and bad, there is very little effective probing into the issues that really matter to the residents of the area.

It published its findings in April 2016. It’s surprising how few local parents seem to have heard of the report (perhaps related to the gaping void in media coverage referred to above). Its contents certainly do not pull any punches. Below, there are some of the key passages in the 98-page document, which as many parents as possible in the borough should read. In some instances, the situation has worsened since the time the report was pulled together. For example, the number of pupils going to good or outstanding schools has fallen markedly – Lewisham is now the lowest ranked of all London boroughs in this regard and has the dubious distinction of being one of the worst in the UK. END_OF_DOCUMENT_TOKEN_TO_BE_REPLACED